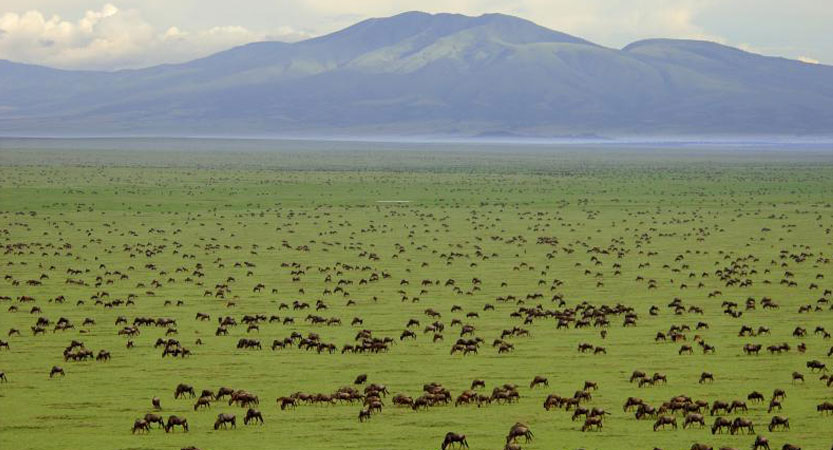 It is one of Tanzania’s oldest National Parks and is the flagship of Tanzania’s tourist industry. The name `Serengeti’ is derived from the Maasai word Siringitu, which has a special meaning. It means: ‘The place where land moves forever’, and this aptly describes the sea of endless grasslands and rolling, grassy hills.

The Serengeti itself is a substantial national park covering an area of approximately 15,000 km². If one includes the total area covered by the migration, this figure can be doubled in size! When imagining the Serengeti most people visualise vast, endless plains covered in migrating Wildebeest and Zebra. Although there is lots of grassland in the Serengeti (particularly in the southern regions), the vast area that makes up the Serengeti region, offers a wide range of landscapes and ecosystems. The endless grassy plains give way to areas of iconic acacia forests, to lush riverine vegetation, desiccated soda lakes and ageless granite outcrops. It is the undisputed highlight of the wonderful Northern Tanzania safari area and surely the greatest wildlife reserve in East Africa.

Undoubtedly the highlight of any visit to the Serengeti, is viewing the famous Wildebeest migration.

The annual migration follows a yearly cycle that guides the animals on a 1,200 km journey through Tanzania and Kenya. A migration map outlines the path the migration takes and also the approximate months in which the migration passes through these areas.

Particular highlights of the migration include the various crossings of the Grumeti and Mara rivers. These rivers teem with massive crocodiles awaiting their annual feed. So all viewpoints overlooking the various, seasonal crossing points are at a premium.

Other highlights include the many predators that prey on the great herds. Of particular interest are the large prides of Lions and a significant population of Cheetahs. But there is also a large number of Leopards, Hyaenas and Painted Dogs in the park.

There are areas of the Serengeti that are not only about the migration, but also have great game-viewing year round. We travelled to the far north in November, 6 weeks after the migration had passed through and on into Kenya. We saw more in one drive through the Lamai Triangle, than we have seen on any other single drive, anywhere!

My look in at the NEW Lion Sands River lodge 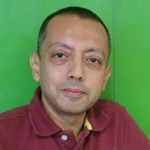